Go to content
Translated from the original German site "spirituelle-werte.de", partly with the premium app deepl.com. For possible stylistic weaknesses and inaccuracies we ask for your sympathy.
Jesus of Nazareth - his original teaching 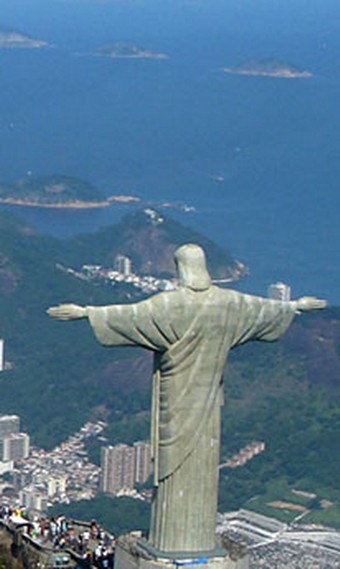 Why the teachings of Jesus and those of the christian churches do not correspond
In our culture we have Christianity, the world's largest religion. It's believers are presumably convinced that they lead their lives mostly in the sense of the great bringer of truth. But if we take a close look at the teachings of Christ, we quickly find fundamental contradictions to the existing dogma, which considerably strain our need for consistency and justice!
After 2000 years of interpreting, not understanding, even more or less deliberate falsifying of the word of Christ - by most of the religious communities naming themselves after him and the questionless acceptance by indifferent or forced believers - the big and justified question arises whether there remain any similarities with the original teaching of Jesus Christ, or whether there is now an enormous difference to it. Is it not the peaceless state of the world and also of Christianity that leads us to conclude that to this day we have by no means followed the serious demands of Christ’s teaching? -
This article intend to encourage people to approach the convincing logic of Christ's teaching again and to replace the so-called faith with knowledge according to the law of creation. Among other things, they touch upon the following questions:

This topic is not about a philosophical-theological debate, but about questions of existential importance. It touches on our own responsibility for our path and our fate, based on the Laws of Creation.
So who is Jesus of Nazareth? 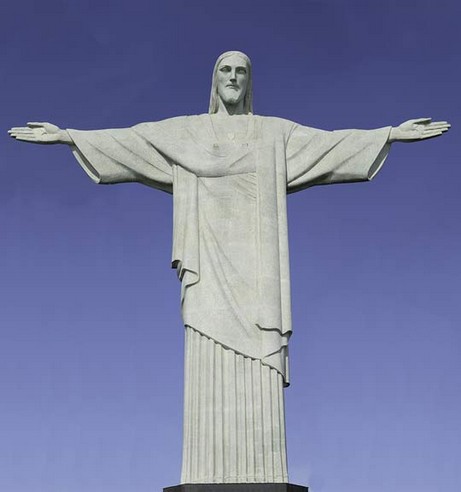 Jesus of Nazareth and the Christian Faith
Why the life of Jesus, his teaching and his death on the cross are completely misinterpreted today
Please be honest with yourself: What image of Christ do you bear inside you? Is it the image of a hypersensitive, soft and yielding young man who forgives sins in the twinkling of an eye, who seeks with miracles the curiosity, the approval and the favour of men. And in the end, as a completely innocent man, Jesus of Nazareth goes to an agonizing death, which his all-loving father allegedly demands as atonement for the sins of mankind?
Or is it a man who is both warm and serious, of the highest format and dignity, filled with wisdom, who had to come at all costs if mankind, who was spiritually completely lost, was to be helped once more in order to save it from doom? Who came in love to explain to her the wrong actions and to show her the right way? Who, at the same time, strictly points to the consequences that must result from a further refusal to do good, in other words, a continued abuse of free will? In short, which necessarily links any possibility of redemption, as a timelessly valid demand, to the fact that we human beings change considerably and live by his teachings?
Presumably, as a result of the teachings that are distributed among us, the first picture will be by far the most widespread about Jesus of Nazareth, and the second the absolute exception.
Almost every reflecting Christian may have faced several times in his life the question "Who is Jesus really, and why did he come?" or similar questions of faith, for which he had no plausible answer. Just the basics of the religions that call themselves Christian are logically no longer comprehensible in the interpretations and must therefore actually be believed blindly.
Jesus of Nazareth taught exactly the opposite of a blind faith! In simple, comprehensible images and parables, he proclaimed a doctrine of the greatest clarity, logic and consistency, based on unchangeable foundations that uniformly run through all of the Creation from the highest Heights. For divine perfection is inseparably connected with uniform, logical and therefore for us also recognizable laws. They make it possible for us to understand the order of Creation, so that, with good will, we can consciously integrate ourselves into it! And it is precisely the comprehensibility of his teaching, which he has brought with the greatest sacrifice and danger to life, that is the most important thing for us, so that we can carry out the necessary changes of wrong behaviour ourselves and steer our free will back into constructive paths. Provided that we are prepared to do so at all - for that too is a free decision of our will that has to come from us!
The following contributions show that Jesus of Nazareth, as the bringer of truth from the highest Heights, was misjudged more than anybody else to this extent! His teaching, which was logical in every respect, and his message of peace to the people was misinterpreted clerically in 2000 years, distorted and often reversed into the opposite. Unfortunately, considerable misinterpretations already began with the great apostle Paul and continued on and on.
As a result, today we have religious teachings that contradict in all essential points the originally lovingly clear and strict doctrine of Christ according to the Laws of Creation, so that only a distorted picture remains of the once outstanding clarity and purity. If it were otherwise, we would have the peace and also the inner harmony which the teaching of Christ inseparably carries within itself. The world and the way people treat each other would be completely different than it is today!
All Christian teachings rightly emphasize again and again the perfection of God, which logically also applies to God's Son, as whom they recognize Jesus Christ himself. But perfection excludes any form of arbitrariness and a violation of the Laws of Creation - that is, precisely what unfortunately results from the teachings of Christian religious communities, if one takes a closer look and examines it. This in turn leads to the conclusion that the doctrine of Christ and that of the churches do not coincide in all its essential matters. Those who are prepared to open themselves up to this perhaps bitter but absolutely salutary conclusion and to follow it will find completely different, new and conclusive paths to Jesus of Nazareth!
You are warmly invited to gain an entirely new and logical perspective on the life, doctrine and the exceedingly agonizing death on the cross, unwanted by God the Father, of the great Bringer of Truth.
Other available topics:
Knowledge instead of blind faith - why we should leave dead formalism faith completely behind us
The Laws of Creation - the basis of Christ's teaching and of all processes in Creation
Life after death - why our existence does not end and how it goes on according to the laws of nature

This website is in upbuild - these topics are available.
New: Enigma Coronavirus - ﻿Is coronavirus a random mutation, a ‘punishment from God’ or something else?
Life after death - how it goes on according to the natural laws. Why a more natural view of death is very liberating.
Jesus of Nazareth - why his clear and pure teaching was significantly distorted in 2000 years
The Laws of Creation - basis and driving force for all events and for our fate
Knowledge rather than faith - why real faith is not as what is understood by Christians
Back to content