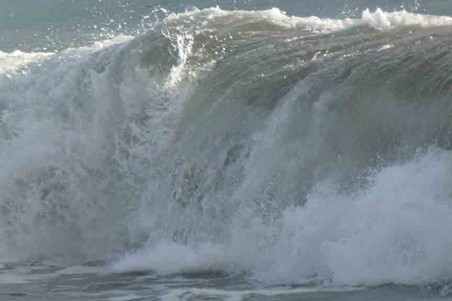 Why it makes us healthy and strong
Strictly speaking, all the laws of creation cannot be separated from each other, but all run out on a single, great basic law, which is viewed only from different angles. All the effects of the laws of creation are in perpetual motion; they do not stand still for a fraction of a second. It is exactly the same with the whole of creation and its processes, and so we are no exception to it if we want to be healthy and progress in our development.
"If you rest you rust", says a well-known german proverb. Of course, this does not mean a restless and hectic pace that would violate the law of the balance between work and rest, but on the other hand we must not set ourselves the goal of "comfortable idleness", as is so often striven for, e.g. with regard to retirement or "hanging out" after the often-despised work is over.
This law of movement challenges us to become acquainted and get use to the idea of an everlasting inner and outer harmonious movement, which allows us to stand useful in the world until our old age, until just before we pass over to the world beyond; the outer movement, of course, always with regard to the existing possibilities. It also challenges us to learn to more and more conform with our work and activities. Once there is an urgent desire for this identification, the help that will bring us closer to this goal will also be provided.
"Look about you, men, and you will see how you have to live here on earth! It is not difficult to recognise the Primordial Laws in Creation if you only strive to observe everything around you in the right way.
Motion is a basic law in the entire Creation, thus also on earth. Motion of the right kind! But it is just this law which has been disregarded and also applied in the wrong way.
It was only through motion that everything could come into being. Upon motion, incessant motion, therefore depends the preservation and restoration of all that Creation embraces. Man cannot be considered an exception. He cannot be the only one among the creatures to remain stationary in the midst of this animating movement, or go his own way without harm to himself.
The intellectual goal of many people on earth today is rest and a comfortable life. To spend the last years of their life on earth in comfort is for many human beings the crowning of all their activity. But what they are longing for is poison, and they bring about the beginning of their end therewith!
Surely you have often heard it sympathetically expressed in cases of death: “He has not been able to enjoy his rest very long; it was only a year ago that he retired to private life!”
Such remarks are very often made. No matter whether it is a business man, an official or a soldier, as soon as a person “retires”, as it is popularly called, he quickly begins to decline and death is not far off.
He who observes his surroundings with a keen eye will notice much in this respect. He will see that he experiences such things surprisingly often, and he will finally search for a very definite reason for this and recognise a law governing it.
The man who really retires here on earth, who wishes to rest from his activities until the end of his life, such a man will be cast aside by the law of rhythmic movements of this Creation as being an over-ripe fruit, because all the swinging, the movement around him, is much stronger than the movement within himself, which must keep in step. Such a man is bound to grow weak and fall ill. Only when his individual swinging and alertness keep pace with the prevailing movement in Creation, only then can he remain healthy, hearty and happy.
The saying: “Stagnation is retrogression” gives an idea of this great law. Movement alone assures progress and preservation for everything that is to be found in Creation. I have already firmly established this in my lecture: “Life”.
He who literally wishes to retire completely here on earth has no longer any goal before him, and thus no right to continue living in this Creation, because he has set an “end” to himself through his volition. The swinging of Creation, however, does not show any end, it has no end. Continuous development through movement is a law in the Will of God and can therefore never be circumvented without ill effect."
(The Grail Message: Excerpt from the Lecture “Motion – A Law of Creation”)

This website is in upbuild - these topics are available.
New: Enigma Coronavirus - ﻿Is coronavirus a random mutation, a ‘punishment from God’ or something else?
Life after death - how it goes on according to the natural laws. Why a more natural view of death is very liberating.
Jesus of Nazareth - why his clear and pure teaching was significantly distorted in 2000 years
Knowledge rather than faith - why real faith is not as what is understood by Christians
Back to content