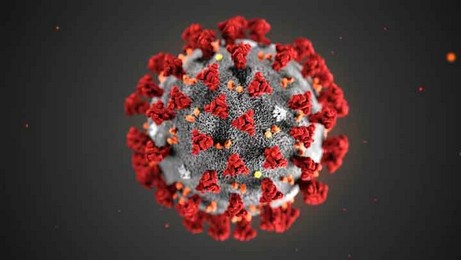 ﻿Is coronavirus a random mutation, a ‘punishment from God’ or something else?
A small virus with astonishing properties emerges and within a few weeks, changes the supposedly unstoppable upward trajectory of mankind into a crash landing with incalculable consequences. Almost all countries are thrown into severe turmoil with their economies badly battered. Many believers, both genuine and nominal, wonder whether the coronavirus could not be a punishment from God for the prevailing human attitude of treating this wonderful planet with unrestrained impunity, just as it suits us. However, this topic is a particularly hot potato for representatives of the churches, culminating in hasty reassurances that God never punishes because He is all-forgiving Love. But this is not correct in the manner it is presented, and we should therefore be careful not to dismiss this question too quickly and file it away! How then is the appearance of the coronavirus to be viewed?
At present, no issue is being dealt with across the globe as extensively as the Covid-19 pandemic, with information about it being distributed as widely as possible. A spiritual assessment of the frequently asked question of whether the pandemic is a ‘punishment from God’ is a sensitive one, given the danger to life and the great suffering arising from it, because it touches on the core question of the problem of evil: ‘Why does God allow suffering in the world?’ To associate human action with it in some way, quickly risks making oneself unpopular and therefore numerous church representatives, as already stated, will naturally want to assure us that the corona pandemic cannot be a punishment from God, since God is supposed to love us unconditionally. This is of course not true because, without the necessary severity and consistency, love would be damaging and therefore could no longer be called love. All the more so, because such an unconditional ‘love’ would imply the granting of a ‘carte blanche’ for every action, even the worst. Moreover, this statement can only be viewed as the dispensing of a sedative and offers no real solution.
However, since the question of God's punishment is something that is perceived by many people and demands an answer, it is clear that the issue should be taken seriously! An attempt will therefore be made here, because we urgently need to look for the spiritual background and take this devastating pandemic as an opportunity to re-evaluate our own lives, both as individuals and collectively, from the ground up.
But let us first start by examining the question whether the coronavirus is an example of a random and unfavourable mutation.
Coronavirus – a problematic mutation?
Certainly, the most likely short answer to that is ‘yes’. The virus has newly appeared and possesses the known, problematic properties that have the potential to snowball into a worldwide pandemic. Virologists, doctors and patients are confronted with the effects of the virus and understandably restrict themselves to fighting it; this gives them more than enough to do. On the other hand, the identification of the mutation has not yet yielded a cause, nor has it given an answer to many a question. 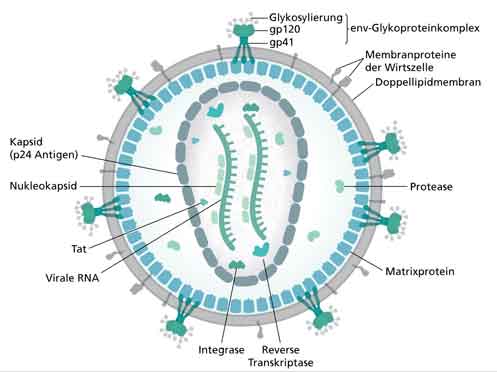 The graphic representation of an HIV-AIDS virus, which is readily available, shows at first glance that viruses are highly complex structures that must be able to attach themselves to host cells of living organisms in order to multiply because, in the same manner as a parasite, they use host organisms for their own propagation, something they are not capable of doing on their own. To do this, they must be literally programmed to the matching host cell. This is then again followed by highly complex biochemical reactions that take place between viruses and host cells, so that to a certain extent, one can speak without exaggeration of highly sophisticated and astoundingly accurate bidirectional reactions, which unfortunately have harmful effects, namely the corresponding illnesses. These are further intensified by the often incredible ability of the viruses to change, which repeatedly presents the immune system of the affected body with major challenges.
But, as with the topic of the ultimate origin of life, does this not raise many questions here for the spiritually seeking person which science with its materialistic focus as well as the vast majority of the populace do not consider at all? Let us take the emergence of life: Decades ago, the German macromolecular scientist Prof. Dr Bruno Vollmert demonstrated that the synthesis of simple building blocks of life from the ‘primordial soup’ is not possible and contradicts all the laws of probability, not to speak of the construction of more complex forms of life. But instead of intensively searching for other forces or even a highest force, this finding, like many others, was simply swept under the carpet and ignored.
A similar situation exists with respect to viruses and to avoid any misunderstandings, let it be said that my argumentation does not encompass viruses manipulated in the laboratory, which are then possibly released, but only about naturally-occurring viruses, which have existed long before the advent of laboratories!
In any case, one thing is certain! This power far exceeds human ability and expertise. No human being would be able to create such a virus. But if a person with a spiritual orientation comes to the conclusion that these highly complex entities must have arisen from the Will of God, then the question immediately arises:
Why do structures or entities come into existence that can cause harm, illnesses or even death? Where would that leave God's Love?
Coronavirus – a punishment from God?
Not very often, but at least from time to time one hears the maxim: ‘People have forgotten God!’, and one can confidently regard this as correct. However, this fact now plays a far greater role in every happening and in the lives of everyone, atheists included, than the vast majority of people suspect, as we will see shortly. The coronavirus pandemic is no exception either. In this case the so-called ‘belief’ or ‘non-belief and the nature of our spirituality also plays such a large role that we should first look at ourselves and our attitude to faith and to God.
In my estimation, there are four categories of people: 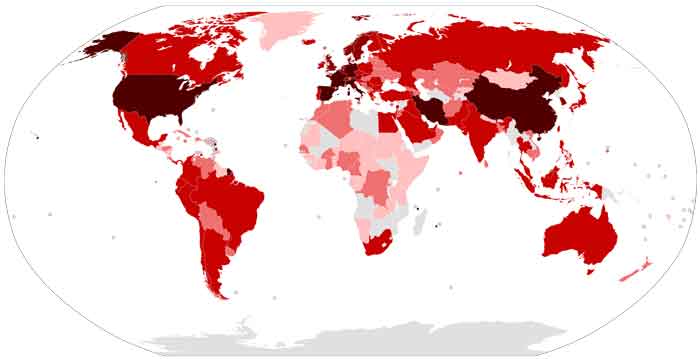 The global spread of the corona virus, mid-March 2020
Source: Wikipedia
The Law of Reciprocal Action and ‘punishment’
Other than for the purely materialistic person, who neither wants to nor can be convinced, the question very often arises: ‘Is this virus a punishment from God?’. This question can be correctly answered with both ‘No’ as well as ‘Yes and No’.
‘No’ is correct insofar as God does not punish as we understand the word! ‘Yes and no’ is also correct in the sense that while God does not punish in the way we understand the term, He has nevertheless placed the powerful Law of Reciprocal Action into Creation. Therefore, each individual, as well as all humanity as a whole, can do what they want by exercising their free will, but the homogeneous consequences will return without fail and in greater measure, in the reciprocal action to the starting point, that is to say, the originators and will have an impact on these – without exception! It is the great and very simple Law of Sowing and Reaping; simple, because sowing what is good brings back good and sowing what is evil brings a like return! And great because this Law operates both in the visible and tangible as well as the invisible and intangible domain, finely honed and tuned to deliver exactly what was sown in both worlds: wheat brings wheat, thistles bring thistles, hatred reaps hatred, love brings love and so on.
This important, automatic Law is an indispensable corrective factor for us humans, because without experiencing the consequences of our actions, we would be unable to develop a capacity for self-assessment and thus be unable to achieve further development. The Law of Reciprocal Action therefore gives us valuable feedback on whether our attitudes, our thinking, words and actions are heading in a positive, constructive direction or not.
It is in this context that the reference to the ‘punishment of God’ should be understood. Because the reciprocal actions of a bad deed are, of course, directed at the perpetrator, who has to accept them, these very unpleasant or painful consequences therefore take on a punitive character. In reality, however, it is really a case of being the reciprocal action to one’s own actions, not a punitive exercise, which makes a big difference.
If we adapt to the activity of this Law – and we really have no other choice, since with even a little observation, we can actually see and experience its effects everywhere – then we have also moved a decisive step further with regard to the coronavirus question! This is because this Law affects both the small and the large, over periods of time both short and long! Therefore we must always bear in mind that it acts on every single thought, every word and every action! 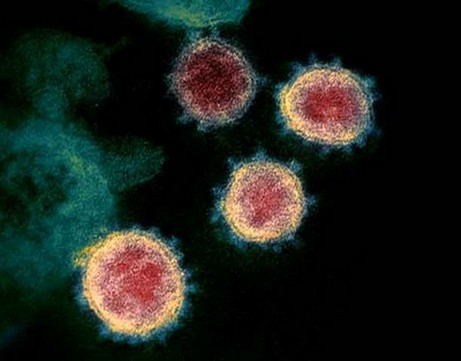 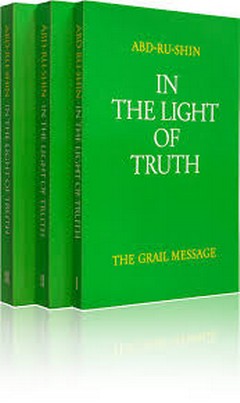 ‘Not until some years later were the warnings of this friend fulfilled. The business man suffered great losses through his partner, who had been able very artfully to carry out a plan carefully contrived beforehand, to the detriment of the other. The business man now called it a punishment for disregarding the warnings of his friend, and sought to interpret this punishment as a penalty for it.
‘Such is the attitude of men towards the Light. Thence many warnings are sent to them in time, through observing which they can save themselves from many an evil. Now, however, they imagine that it is a punishment of God when they are struck by the self-incurred evil, which had to take effect through their refusal to listen or their disobedience. They even imagine themselves marvellously great when they bear this “punishment” with patience, and expect a special reward for it from God, be it only in the perceiving of inner upliftment through their good behaviour.
‘All this is self-deception and falsehood; for God does not punish them thereby, but they in their obstinacy have created the evil for themselves. It can be observed from the Light when a man, or all mankind, take a wrong path, which must inevitably lead to a very definite end. This end, which man sometimes cannot see, or better still does not want to see, is clearly recognised from the Light. Man or mankind are warned. When no attention is paid to this, and men stubbornly continue on their way, it is natural that at a certain time they must come to this end. This end, however, is not brought about as a punishment by the Light, but it was already prepared through men’s choice of the way, and the Light had only tried to hold men back from it, to lead them on to another course, where the evil end was avoided and a joyful end awaited them instead.
‘Thus God does not punish, but man, if he will not allow himself to be warned, brings about everything himself. Therefore it is great sacrilege to say: “God, how severely dost Thou punish!” And it is also wrong to complain: “How can God allow such things!”’
(Abd-ru-shin: Questions and Answers, question 59, Stiftung Gralsbotschaft, Stuttgart)

Translatet by Jide Adefope, PEARL Magazine, Issue 29, August 2020
(www.pearl-magazine.com)
Source of virus graphic: Thomas Splettstoesser (www.scistyle.com) CC BY-SA 4.0,
https://commons.wikimedia.org/w/index.php?curid=38751762
This website is in upbuild - these topics are available.
Life after death - how it goes on according to the natural laws. Why a more natural view of death is very liberating.
Jesus of Nazareth - why his clear and pure teaching was significantly distorted in 2000 years
The Laws of Creation - basis and driving force for all events and for our fate
Knowledge rather than faith - why real faith is not as what is understood by Christians
Back to content