Go to content
Translated from the original German site "spirituelle-werte.de", partly with the premium app deepl.com. For possible stylistic weaknesses and inaccuracies we ask for your sympathy.
Life after death - a fast and comprehensive access to the topic
Why our existence does not end when we die 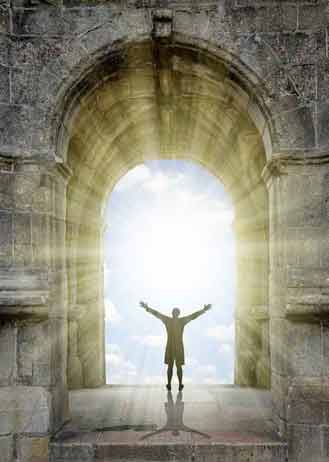 If you are looking for logical and complete information about the important subject of life after death, you will usually realise that it is difficult to find. But this is not because there is no knowledge about it, but because most people don't want it! Many new discoveries and phenomena, such as the near-death experiences that occur hundreds of thousands of times, and which are indeed quite conclusive, can no longer be regarded as marginal phenomena. Therefore, science, theology, religions, sects and esotericism would have to question and correct many of their views; but millions of people would also have to be prepared to face the subject of life and death with courage. But only a few are willing to do so, because a changed knowledge about death naturally has an important effect on the way of life in the very present! There are indeed clear and unambiguous connections, in a certain sense even strong indications and evidence, which make the dying process and life afterwards understandable. If you wish, these informations on the subject of death and life afterwards are available for you within a few hours on the following pages.
Here you can find out:

Death - a final farewell or a new, other life?

In our culture, the subject of death is still nothing that people like to talk about, about which they exchange ideas and about which they talk in a similarly unbiased way as, for example, about the opposite pole, birth.
Although this process is undeniably irrevocable for every living being, including humans, we generally find it difficult to regard it as something natural, which belongs to life just as much as birth! We often associate something dark, even threatening, with death. It is still one of the great taboo subjects, which we often find hard to deal with and which usually provokes resistance within us.
Therefore every person, who confronts this topic and learn more about it, still belongs to the more courageous contemporaries, who want to overcome this barrier.
Yet, from time to time external events confront us with death. Time and again, even as a child, we experience the loss of a beloved and important person. A dying pet with a short life span confronts the child, but also every adult, with the big and often anxious question: What is death?
Most likely quite a few readers of this website will have to cope with the loss of a loved one and will now face many questions: Does he still exist at all? Is it a final farewell or is it possible that he lives on in some way? 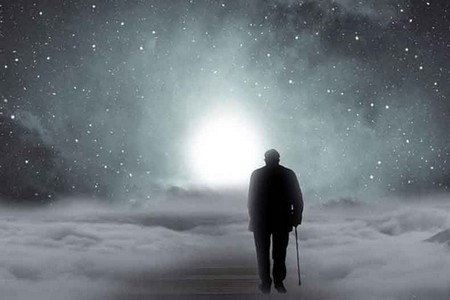 The way to the beyond.
Why are most people so afraid of it to acquire knowledge about death and the afterlife in time?

The same questions are relevant with regard to one's own death. Is, in the end, the hope of living on perhaps ultimately nothing more than a protective reaction in order to be able to cope with this process of the ostensible annihilation of our existence?
Or, on the other hand, could there be some truth in the idea of survival after death, which can be found in all cultures and religions worldwide, although in different forms? Is it possible that beyond the physical body there is still something in us that is not subject to decay, that can continue to exist? So is it possible therefore that we have an immortal soul that lives on after earthly death?
Regardless of the conclusion, we are first confronted with the fact of saying goodbye when a loved one dies: His mere presence, his smile and laughter, the shared experiences, the beautiful conversations, the sympathy and closeness - all this has passed and will not return in this life. But of course it makes a great difference to us whether this person definitely no longer exists, whether his existence has been destroyed, or whether he has simply "departed".
Let's go back about 500 years: Columbus has returned and reports on a new, big, beautiful, only sparsely populated continent, which he has discovered. You yourself tend to live in poverty, and your children decide to emigrate and seek their happiness far away. Back than as well usually meant a farewell for life. But it was easier to bear if the children were more likely to feel better there and had better prospects.
But when it comes to the so-called "great journey": Is there, apart from pure speculation, the possibility of an access to this immortal part within us, or does only hope, faith remain?
The religions represented in our culture usually convey to us the image of overcoming death, the hope of a resurrection in God or Christ and redemption through the death on the cross of the Son of God Jesus. In some teachings, the resurrection after a long rest from the grave should then take place physically on the Day of Judgement.
However, many educated contemporaries who would like to reconcile religion and science with its inherent often find it difficult to come to terms with all these views. And this is not only absolutely justified, but beyond that a proof of clear thinking! They ask themselves where after all the basis for such a hope can be searched; how one can imagine a resurrection; how the bodies, the components of which have long since been integrated into new bodies of plants, animals and humans, can be brought together again without blatantly violating the principles of natural laws, and much more.
Last but not least, many also wonder how a human redemption should take place through Christ when, contrary to the 5th God Commandment of God "Thou shalt not kill", he is brought to the cross by the same humanity whom he wants to redeem. 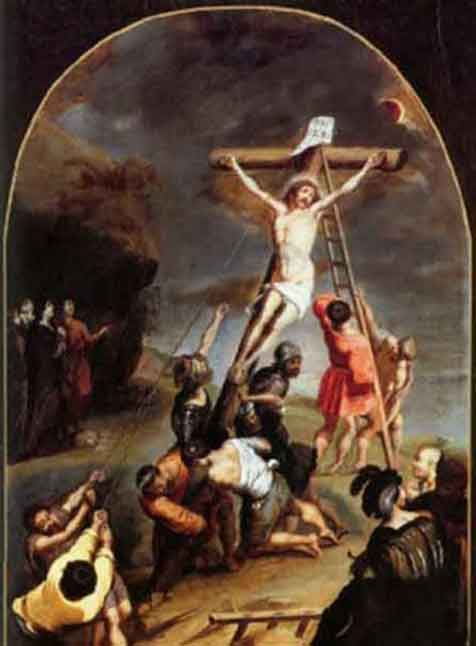 A very serious problem and obstacle:
an illogical faith and false ideas of salvation
In any case, it is not easy, even for many who call themselves believers, to gain from this formulated hope of living on after death the firm conviction that enables a fearless, constructive and natural approach to this subject and opens up new perspectives for life in the here and now.
The scientific point of view and justice
If we leave the field of religion and turn to established science, the matter looks downright bleak! Life is then defined as an orderly sequence of biochemical processes that are - in a way that is difficult to explain - favoured by evolution, and which are locally limited to the respective organism, which is important for our following considerations. Likewise, our entire inner life, which we call "spiritual", i.e. our consciousness, our cultural and social abilities, our emotions such as love and friendship, sympathy and antipathy, our ethical and moral consciousness, the sense of justice and much more, is regarded as the result of brain waves, which from this perspective must of course end with death.
But is the lack of scientific evidence also proof that there is no life after death? Or isn't this simply related to the natural limits of our intellect? Strictly speaking, on the basis of our intellectual understanding, life after death is neither provable nor refutable, since the intellect cannot grasp things and processes beyond the earthly at all! 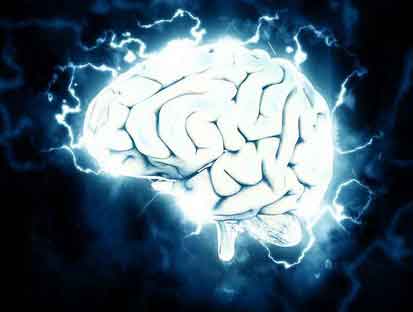 If we ask our brain and our mind, there is no life after death.
But isn't the afterlife just above its limits?
Isn't it completely plausible that the earthly brain can't comprehend and judge higher things at all?
In any case, if life were to end with death, then the consequences would of course be that any effort to perfect oneself, to strive to become a better and more valuable human being, would be in the end completely in vain. But also a dictator who, despite many crimes, managed to live in a frenzy and to opress his people until the end of his life, gets away with it completely untouched and would be very successful in this manner. –
So, do we have to come to terms with the fact that we are ultimately thrown back on ourselves after all? That would be the case if only these two views existed. But they are not the only perspectives, because on closer inspection we still lack the most important and thus decisive path: the holistic path that I would like to describe in this lecture!
The Great Journey
Let us come back to the aspect of the Great Journey. If we travel to another country for a longer period of time, we try to acquire all kinds of information about language, geography, climate, culture, living conditions, mentalities, possible pathogens, and last but not least, about the laws that are valid in this country.
If we do not, we run the risk of loosing our way, of being out of place culturally and socially, of being taken advantage of, of being infected and much more. In short, we would look forward to an unpleasant stay in this country. Can we now expect anything else from our Great Journey to the Beyond, if it exists?
Initionally it is useful to think about the two fundamental conditions, which need to be fulfilled when we consider living-on after death, or going to the Great Journey.
First, we need a destination as a country where one can stay, and second, of course, a traveller who travels at all.
Applying this to the "Great Journey"
- there must be a Beyond
- and there has to be something that is independent of the body and can consciously go there.
If we can convincingly prove the existence of an invisible world beyond, which I will henceforth call ethereal, and secondly if we can prove the existence of consciousness and phenomena that are independent of our body, then there would no longer be an obstacle to befriending us with the possibility of survival after death.
Do we need clairvoyants for this? No! Do we need spiritualistic or occult sessions? Neither! In reality the so-called Beyond is not necessarily something mysterious, uncanny or dark, but it is something with which we have to deal daily, unconsciously, again and again!
next: Amazing phenomena from the " Beyond".
Back to content