Go to content
Life after death (2)
Astonishing phenomena from the "Beyond"
Thought transmission
Now I would like to show you a series of pictures in which you would spontaneously ask: "What does this have to do with the subject of death?" At first glance, nothing at all! But the background is simply that: The pictures and also the following quotations show effects, which close themselves to usual scientific explanations.
The first phenomenon of thought transfer between people is not overly conclusive, but it occurs very frequently: 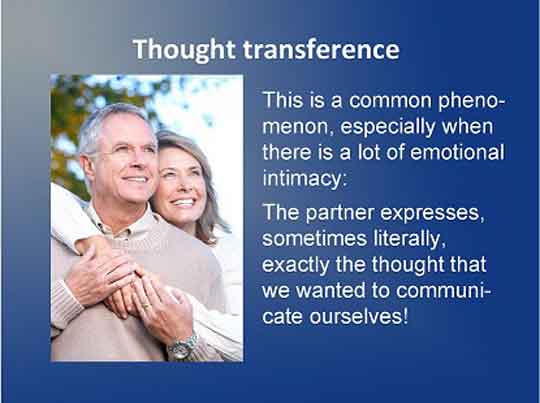 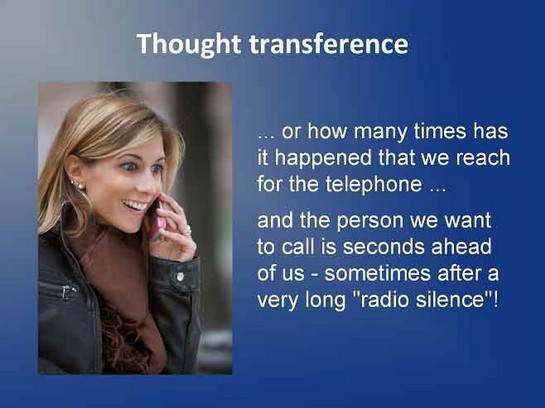 The following phenomenon is also difficult to explain: Influencing a random generator with thought power 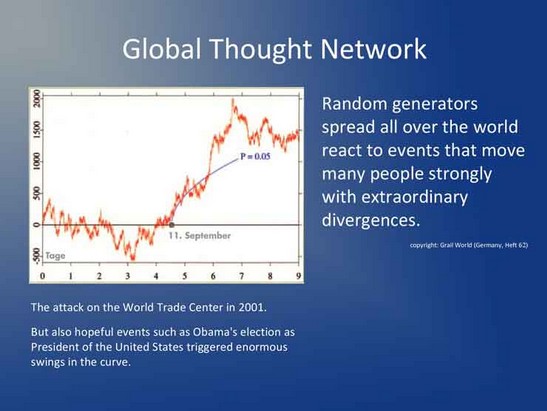 Reference: German GrailWorld magazine, issue 62
As a conclusion we can state in any case that thought transfer and an influence by thoughts is not imaginable, if one regards the human being, his thoughts and feelings merely as a product of biochemical processes - because then they would logically be limited to the corresponding body or head. 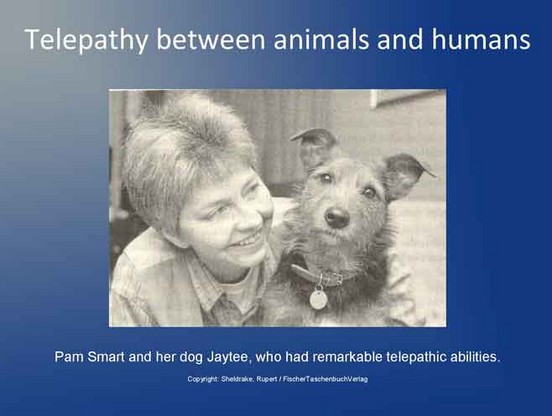 This section is taken from the very recommendable book "Dogs that Know When Their Owners are Coming Home: and other unexplained powers of animals" by the English biologist Rupert Sheldrake.
First the case of Pam Smart and her dog Jaytee. He always knew exactly when Mrs. Smart came home and reacted to her intention. Time and distance didn't matter. This case was also documented by Austrian television.
Another somewhat sad case. He shows that the knowledge of the state of mind of his reference person can also bridge long distances, in this case about 10,000 kilometres:
"My son was very close to our West-Highland-Terrier. [...] In April 1982 his ship, the HMS Coventry, was sent to the Falkland Islands. On 25 May the dog jumped on my lap in the early evening, trembling and whimpering. When my husband came home, I said: I don't know what's wrong with her - she's been like that for over half an hour now. She doesn't want to get off my lap anymore'. In the nine o'clock news we heard that a 'Type 42' ship had been sunk, and then we knew it was the HMS Coventry, although the name was not announced until the next day. Our son was among the missing. Our little dog burned himself with grief and died after a few months." (Iris Hall, Cowley near Oxford). (retranslated from the German edition)
There is a funny and astonishing case concerning a Spaniel bitch who belonged to a vet's mother-in-law. Here the description of the veterinarian:
"The bitch always knew whether I appeared privately or as a veterinarian. She jumped up at me and started a happy howl when I made a private visit, but when I came as a vet she hid behind the boiler. I couldn't figure out what made her realize that I was coming as a vet - but she decided to hide anyway before I entered the house. And every time she was right. I actually came to visit quite often, stopped by briefly or did all sorts of things, but as a vet I rarely appeared. And I didn't come as doctor just because the bitch was sick - sometimes it could be routine. But the bitch always knew when I was on duty and when I wasn't." (retranslated from the German edition)
The other way around: A horse owner woke up at night and was very worried about his favourite mare. He equipped himself with a flashlight and wire scissors, found the horse that had actually got caught in the barbed wire and freed it.
Furthermore, of course, human clairvoyant abilities have also been reported, e.g. the ability to see the human aura, which recognizes disease points in the body long before the outbreak of the disease itself and allows so much time for countermeasures.
next: The famous Emoto water crystal photos
Back to content