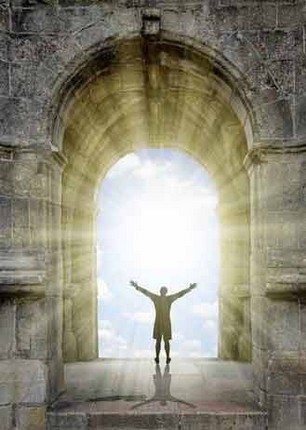 Consciousness that is independent of the body
Can a life after death really be proved conclusively? Yes, that works, and we are on the way to it! As the first basic condition for this, we have examined on the preceding pages how to plausibly establish the existence of a beyond. As a second condition, we finally need the proof of a consciousness that is independent of the body and thus of course comes from the same world that is not directly accessible to our five senses. If we get these indications, we come a great step closer to the clarification of life after death.
Interestingly enough, this proof increasingly comes from science, or rather from scientists who are prepared not to stubbornly reject new findings if they dont fit into the previous concept, but investigate them.
And that brings us back to the subject of death and dying, to the branch of science that relates directly to it: thanatology - death research.
A few decades ago, and even earlier, a person whose brain functions had failed died in most cases. It was rather rare for a quasi-dead person to wake up again and live on.
But that has changed radically today. Medicine has made great progress, and many people can be revived from the threshold of death, where the heart stands still and the brain no longer has any function, and brought back into earthly life.
After the two pioneers of modern death research, Raimond Moody and Elisabeth Kübler-Ross, fascinated interested people worldwide with their pioneering discoveries in the late 1970s and managed to draw the attention of a broad public to the subject of death, other death researchers turned to this area with systematic studies. Renowned European death researchers are currently the German Bernard Jakoby and the Dutch cardiologist Pim van Lommel.
For cardiac specialists, it is a frequent experience that reanimation attempts are successful on patients whose heart has come to a standstill. After all death researchers repeatedly reported similar experiences of clinically dead people, it was van Lommel's merit to carry out a systematic, so-called prospective study on 344 reanimated patients for the first time and to ask them about possible near-death experiences (NDE). A questionnaire was distributed to the patients as soon as possible after their resuscitation and this survey was repeated after two and eight years to find out whether and how the NDE had affected their future lives. It turned out that 18% of the respondents, i.e. about one in five, had actually lived through a partial, sometimes even a complete NDE in all phases, and that the experience really had a life-determining, long-lasting effect! The people were changed afterwards, turned to other values and almost without exception lost the fear of death!
Van Lommel was able to prove in this sensational study that physiological, i.e. physical factors such as the duration of cardiac arrest, oxygen deficiency, medication had no influence on the experience of NDE. Furthermore, factors from which one would expect a great influence, such as ethnicity, nation, culture and above all religious orientation played no role. Even convinced atheists had NDE, which usually had such an effect on their further lives that, like almost all others, they developed into more spiritual people. Among confessionally oriented people, it was common for their interest in the practice of their religion to decrease significantly and they turned instead to spiritual questions, such as the meaning of life, and the associated desire to develop more capacity for love in their lives, and so on.
With this large-scale study the cardiologist van Lommel proved a scientifically sensational result, which is that consciousness exists independently of the body!
The phases of near-death experience
Let us now turn to the most important and frequent phases of the NTEs, which can be divided into the following areas of experience according to Jakoby:
1. The feeling of being dead.
Many people realize in this state with absolute clarity that they have died. They leave the body, float above it and can often move with great speed to distant places. I quote a statement: "Time seemed to have ceased to exist. The first thing I noticed was that I was dead, very clearly. I looked at my body from above, but was not upset, I was dead, and it didn't bother me."
How can the described and the following descriptions be explained at all? I would like to anticipate here and ask you to first accept the existence of a soul as a working hypothesis, which we can imagine as follows: It looks very similar to our earthly, visible body, is like magnetically connected to it and is animated by our spiritual core, our spirit. This finer body of the soul does not mix with our earthly body, but only penetrates it and, as already said, is held in a kind of magnetism as long as the magnetic force of both bodies is strong enough. 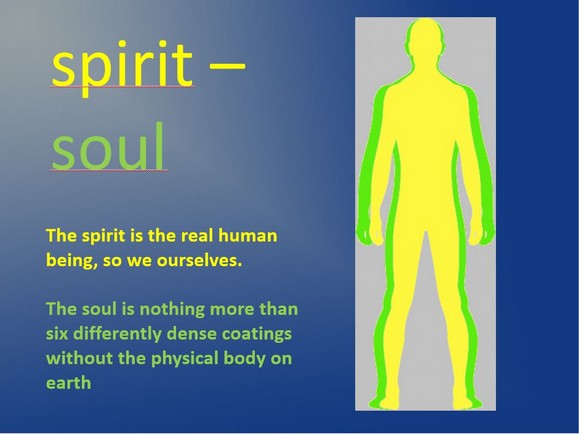 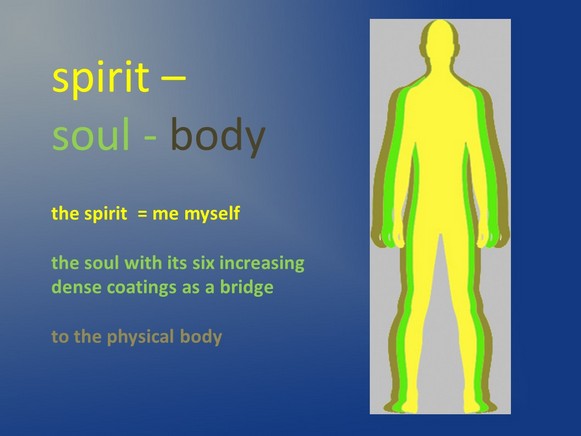 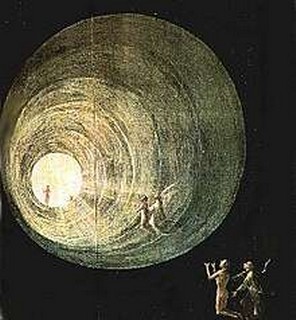 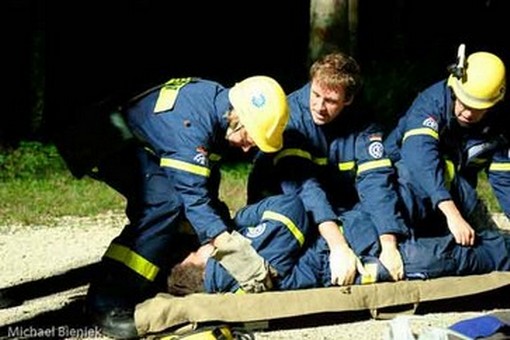 Reanimation: What is practised here, has to be successful in 5 - 10 minutes in a real ermergency,
if you want to bring man back to earthly life.
On the other hand, despite the presentation of the many fascinating experiences, we are still almost at the very beginning, because normally the possibility of resuscitation, which gives us all the amazing phenomena, is only in the range of 5 to max. 10 minutes and therefore says little about our further way after leaving the earth. Very important questions are therefore still unanswered, e.g.:
Why do we live on earth at all, and why do we have to die?
Do we really only have one chance on earth, or do we perhaps live several times?
What happens to us after we die? Are there Laws of Creation that determine our further way in the Beyond?
But in the context of this article that would be too much and would go beyond its scope!
For all this information I would like to recommend the "Grail Message - In the Light of Truth", in which not only that, but finally the entire Creation structure, the Laws of Creation, our integration into it and thus the meaning of our life are conclusively explained. This is a decisive help in life, which I would therefore like to recommend to you!
Next: The physical processes during dying
Back to content